Bahman Angoshtari has been a Research Associate in the Department of Applied Mathematics since August 2018. He holds a DPhil in Mathematics from University of Oxford, and has served as a postdoctoral researcher at the Chinese University of Hong Kong and at the University of Michigan, Ann Arbor. Bahman’s research interests include applications of stochastic optimization and control theory, with primary focus on models of optimal portfolio choice and risk management in finance and insurance.

Ryan Donnelly is a Research Associate in the Department of Applied Mathematics at the University of Washington, associated with the Computation Finance and Risk Management program. Ryan's research interests include market microstructure, limit order book models, stochastic control, and algorithmic trading.

Ryan received his PhD from the University of Toronto in 2014. His thesis investigated the effects of ambiguity aversion on high-frequency trading strategies. Ryan also has an M.Sc. in Mathematical Finance (2010), an MS in Mathematics (2009), and a BAS in Engineering Physics (2008).

After receiving his PhD, Ryan joined the Swiss Finance Institute at École polytechnique fédérale de Lausanne as a postdoctoral researcher. This position was held until September 2017 when Ryan joined the University of Washington.

Craig Gin is a Research Associate and Pearson Fellow of Applied Mathematics at the University of Washington. His research interests are in the areas of fluid dynamics and data science. He is currently working with Professor Nathan Kutz on using deep learning to construct the Koopman operators associated with partial differential equations. He has also taught both undergraduate and graduate level courses within the department on differential equations, dynamical systems, and scientific computing.

Craig received his PhD from the Department of Mathematics at Texas A&M university where he worked under Prabir Daripa studying the hydrodynamic stability of multi-layer Hele-Shaw flows. He also holds a BA in mathematics from Messiah College. 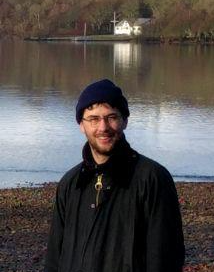 Chay Paterson is a Research Associate in Applied Mathematics at the University of Washington. He is part of Ivana Bozic's research group, with ongoing collaborations in bioengineering. His research interests include applications of stochastic processes in modeling cancer evolution, epidemiology, and statistical physics.

Dr. Paterson completed his PhD in biophysics at the University of Edinburgh in 2017, on the topic of computational models of cancer evolution and metastasis. He previously attended the University of Exeter, leaving with a MS degree in Physics in 2013 and a Commendation from the Dean.