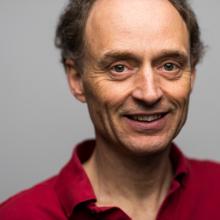 Originally published in UW News, article can be found here

Chris Bretherton, a University of Washington professor, has been elected to the National Academy of Sciences. Bretherton is one of 100 new members elected for their “distinguished and continuing achievements in original research” who were announced April 30 by the academy.

Bretherton, a UW professor jointly appointed in the departments of Atmospheric Sciences and Applied Mathematics, works on clouds and climate. He earned his undergraduate degree from the California Institute of Technology and his doctorate in 1984 from the Massachusetts Institute of Technology. He then did postdoctoral research at the National Center for Atmospheric Research before joining the UW faculty in 1985.

Bretherton studies how clouds form and change over time and how to better represent these processes in global climate and weather-forecasting models. His research also looks at the role that clouds may play in climate change.