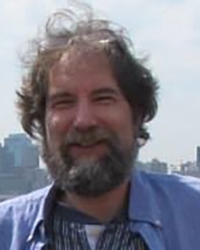 Daniel Hanson is a Teaching Associate within the department, responsible for graduate-level courses offered by the Computational Finance and Risk Management program.  He joined the program full-time last year following a career of over 20 years in quantitative finance, and several years as a part-time instructor.  His primary areas of interest are quantitative development in C++, financial modeling in R, and applications of theory to derivatives pricing, risk management, and trading strategies.

Dan holds two master's degrees, one in mathematics from Indiana University, and the other in economics from The Ohio State University.

Merav Stern is a Research Associate of Applied Mathematics at the University of Washington. She is part of the Shea-Brown research group and collaborates with the Allen Institute for Brain Science. She is using non linear dynamical system modeling approach in order gain a deeper understanding of how our brains process information. She also uses dimensional reduction and other data analysis technique to identify brain areas that alter their activity during the course of learning a visually-guided behavioral task, to characterize these changes, and to assess for each brain area the intrinsic (local) changes versus alterations in external influences from other cortical areas.

Dr. Stern completed her PhD in honor from the Interdisciplinary Center for Neural Computation at Hebrew University while collaborating with Columbia University’s Center for Theoretical Neuroscience. She succeeded in improving our tools for studying non-linear dynamical systems and applying them towards better understanding of neural networks dynamical behaviour. Her results include finding new formulae for random matrices and mean field theory. Dr. Stern received her Msc in Theoretical Physics from the Hebrew University while collaborating with the University of Amsterdam and her Bsc in Mathematics and Physics from the Hebrew University. 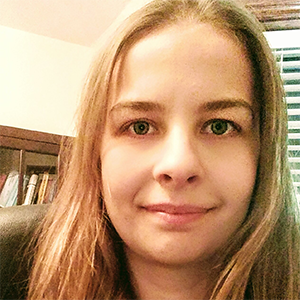 Olga Trichtchenko was a research associate in the Applied Mathematics Department at the University of Washington from September 2016 until June 2017. She worked with Prof. Bernard Deconinck on analysing stability of solutions to dispersive, Hamiltonian partial differential equations with a focus on models for water waves. Part of that time, Olga had a fellowship to participate in the program on  "Singularities and Waves In Incompressible Fluids" at the Institute for Computational and Experimental Mathematics at Brown University. Currently, Olga has a position as a research associate at the University of Toronto at the Institute for Aerospace Studies, trying to improve models for soot formation in gas turbine engines in order to reduce the negative impact of these engines on climate and human health.

Olga obtained her Ph.D. from the Applied Mathematics Department at the University of Washington in 2014 under the supervision of Bernard Deconinck, focussing on computing solutions and analysing their stability for water waves in the presence of surface tension. She went on to a research associate position at University College London, extending her PhD thesis work to include the presence of ice.

Kerem Ugurlu is a Research Associate of Applied Mathematics at the University of Washington. His current research interests are on robust optimization and control methods motivated by financial scenarios. He is also affiliated with Computational Finance and Risk Management Programme, where he teaches courses on mathematical finance.

Kerem received his Ph.D. (2016) in Applied Mathematics from University of Southern California, where he worked under the supervision of Mohammed Ziane on stochastic partial differential equations. Before that, he received his M.Sc. in Mathematics (2011) and Computer Engineering (2009) from Sabanci University. He also holds BSc. (2005) from Sabanci University, where he majored in computer science and minored in mathematics.

Bin Zou is an Acting Assistant Professor in the Department of Applied Mathematics at the University of Washington, affiliated with the Computational Finance and Risk Management (CFRM) program. He works in the areas of actuarial science, mathematical finance and optimal control.

Bin will join the Department of Mathematics at the University of Connecticut as a tenure-track Assistant Professor in Fall 2017.

Bin received his Ph.D. in Mathematical Finance from the University of Alberta (Canada) in June 2015 under the supervision of Prof. Abel Cadenillas, M.S. in Mathematics in 2009 and B.S. in Information and Computational Science in 2007, both from Beijing Institute of Technology (China).

A number of additional postdocs are arriving for Autumn Quarter 2017 and will soon be appearing on our webpages! You can find a list of all faculty and postdocs here.