An Undergraduate Major in Applied Mathematics: A Historical Perspective 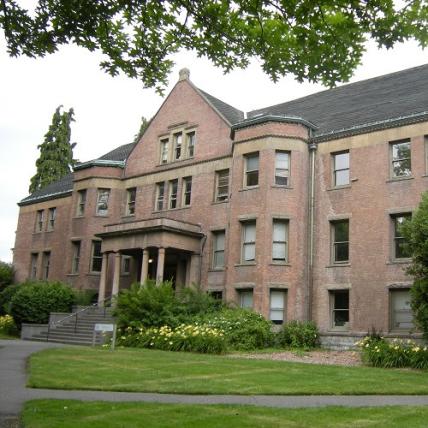 During the Decadal Program Review conducted this April, the Department posed the following question to the Program Review Committee: Should the Department establish an undergraduate major in applied mathematics?  This may seem like a strange question, as almost every applied mathematics department in the US has its own undergraduate major. (There are some exceptions but these are the non-departmental units such as joint programs among several departments existing in their graduate schools.) The Program Committee strongly endorsed the idea and our home College of Arts & Sciences is encouraging us to proceed. In the June Faculty Meeting the faculty voted unanimously to proceed with the establishment of a major and a B. Sc. degree in Applied Mathematics.

The budget crisis at the University in 1994 exposed the vulnerability of an elite graduate program that had little impact on the undergraduates. For example, most of our students didn’t even pay tuition, being supported by fellowships, teaching assistantships and research assistantships. And our courses were not the prerequisites for other undergraduate majors at the university, unlike the calculus courses, for example, that the Mathematics Department offers. After we weathered the crisis, with a reduced operating budget and lower support for teaching assistants, the faculty began to rethink the role of our Department within the University. This was not the time to ask the College for resources. We had to create a major entirely within our own budget. Even so, our faculty voted unanimously to proceed to establish a major and a B.Sc. degree in Applied Mathematics. As Chair at the time, I developed a program curriculum using our existing undergraduate courses.

The College was in favor and Dean John Simpson was encouraging us to proceed. The College’s Curriculum Committee overruled the initial objection from the Mathematics Department, and our proposal was approved by the College Council. Then Doug Lind, Chair of the Mathematics Department, made us an offer: Why don’t we collaborate on a joint applied mathematics degree? He offered to abolish the B. Sc. Degree in Mathematical Sciences in his department in exchange for us withdrawing our proposal for a B. Sc. in Applied Mathematics. The Statistics Department wanted to join as well, offering to eliminate their B. Sc. Degree in Statistics. Computer Science also joined. Thus the ACMS Program was born, with its own B. Sc. degree. Courses in Applied Mathematics became required and elective courses in many pathways within ACMS. In some sense, the joint major in applied mathematics that the founders of our Department envisioned was restored.

ACMS was an acronym for Applied and Computational Mathematical Science, coinciding with the first letter of the participating departments of Applied Mathematics, Computer Science, Mathematics and Statistics, in alphabetical order. Later, Doug Lind and Ed Lazowska, then Chair of Computer Science, asked to change it to CAMS, on the grounds that it is more pronounceable than ACMS. I objected and the proposal to change the name was dropped.

The College did not provide any budget for the ACMS program. The participating departments were funding it out of their own budgets. The three departments in the College of Arts and Sciences even transferred some of their permanent budget into ACMS, to pay for one-month of summer salary for its Director. The enrollment for the program was capped at 200. The reason for the cap was that this was probably the maximum number we could handle without funding from the College. When we reached that milestone, we reasoned, it would be an opportune time to ask for more resources.

The ACMS program has been very successful, and we have now reached that milestone, but the program is still “self funded” by the participating departments. Bottlenecks in required courses have developed in some of the courses, and this situation has necessitated capping enrollments and more competitive selection criteria for applicants.

The University is experiencing the highest undergraduate enrollment ever, and this year will bring in a record freshman class. Even though they are admitted to the University or a college, the entering students are not guaranteed a major. Many departments take only a few of those who want to enroll in their majors, resulting in many “homeless” students, or students who graduate with a degree not of their first or even second choice. Against this backdrop, our Department’s new offerings, in applied mathematics and in mathematical finance, are timely and will be much welcomed by the students and the College.

Of course, we remain committed to the quality of the ACMS program. Participating in ACMS and running our own major will require some effort and sacrifice from our faculty and staff, but it will be worth the effort. I think we are ready to face our next challenge, this time at the undergraduate level, after achieving our previous goal, made three decades ago, of making our graduate program among the best applied mathematics programs in the country.