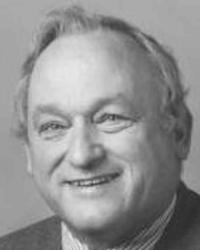 Professor O'Malley has been especially active as a member of SIAM, the Society for Industrial and Applied Mathematics. He was president of SIAM in 1991 and 1992, and has been vice-president in charge of their publication program which encompasses ten journals and several book series. Among his other positions with SIAM has been that of program chair for several meetings including ICIAM `91, the second international industrial and applied mathematics conference, which drew 2,200 participants.

Dr. O'Malley serves on a number of boards, including advisory committees for the National Institute of Standards and Technology, the Electric Power Research Institute, and Argonne National Laboratory, and more generally as a spokesperson for applied mathematics.